AHEAD of the first Borders festival of the summer, the Whipman Play Society has officially unveiled this year’s principals.

A spokesperson for the Whipman Play Society said: “A different style of Whipman Introduction this year in the form of the Ceilidh which proved to be a very successful and enjoyable evening and a huge thanks must go to Drum Maw Ceilidh Band for giving of their time.

“It was good to hear music ringing out once again from the Graham Institute and the community enjoying themselves after what has been a difficult time for everyone.”

Whipman Elect Gregor has taken part in the West Linton rideouts since he was a teenager. After graduating from Myerscough College and University, Gregor moved to West Linton and set up his own farrier business.

Lass Elect Lucy grew up in Edinburgh and studied Primary Education at Strathclyde University. During her studies Lucy worked as part of the supply team at The Village Nursery in West Linton – she now teaches at Gracemount Primary School in Edinburgh.

The spokesperson added: “Following the ceilidh there was a disco for the later part of the evening and thanks must go to Calum Murray for providing the music.

“Thank you to everyone who played a part in attending, organising and donating to the evening and to Principals from other towns who came to give their support.

“The Whipman Play Committee are working hard to organise as normal a Whipman week as possible with something for everyone to enjoy.”

Presenting Lady Nancy said she is “honoured” to have been asked to take up the role, particularly because her parents were previously a Whipman and Lass.

Also announced on Friday were the Barony Herald and Flower Girl.

Whipman Society president Alan Stewart invited Newlands pupil Dan Moore to join the principals as he was announced as the Barony Herald for 2022.

Dan, who is in P7, plays rugby for Peebles and is a member of the Moorfoot Runners. When asked what his favourite things about Whipman week are, Dan said he enjoys the parade and sports day, and loves hanging out with his friends and being allowed to eat chips and candyfloss for tea.

The Flower Girl for this year is five-year-old Harper Armstrong.

Harper lives in the village with her mum and dad and she enjoys gardening, dancing, singing and drawing.

On Friday, retiring Whipman Guy Thorley gave a few words thanking the audience and wishing Gregor and Lucy luck, before Gregor addressed the crowd sharing that he is looking forward to carrying out his duties and representing the community.

A coffee morning will be held on April 30 at the Graham Institute where programmes will be on sale. 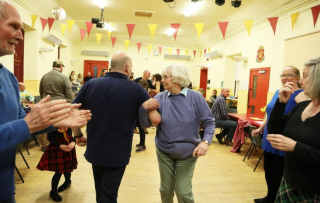 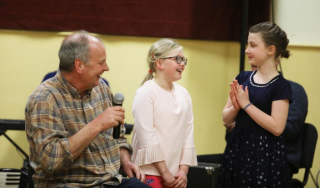 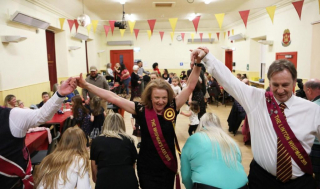 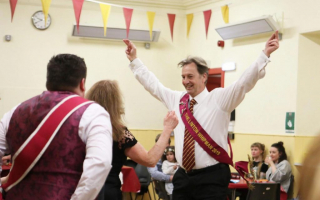 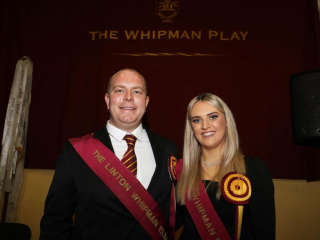 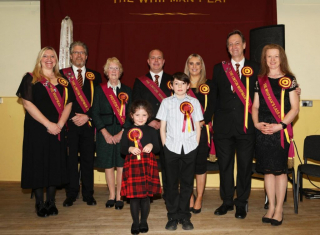 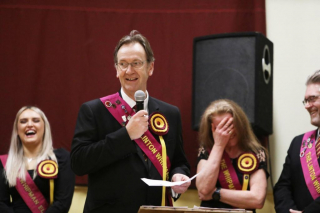 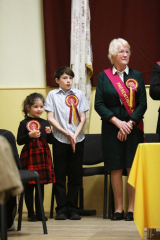 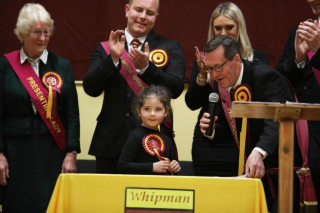 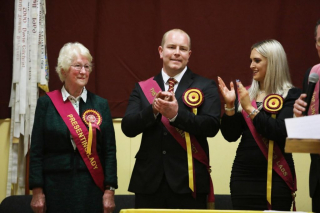 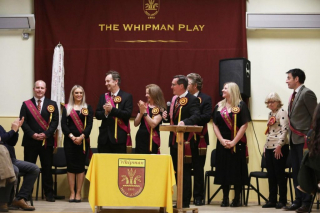 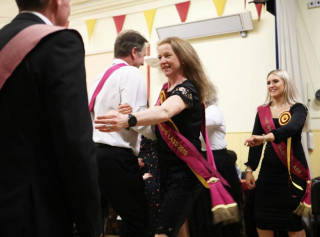 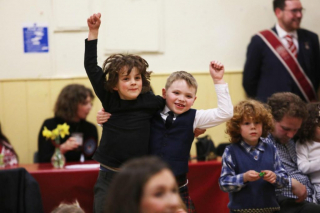